Cohabitation & Communication While Splitting Up 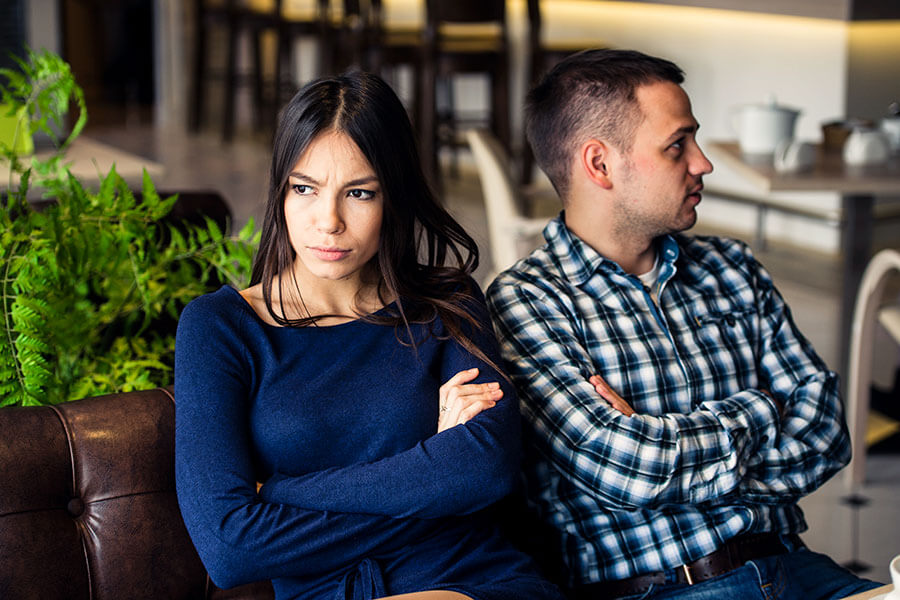 Many relationships end when couples lose the ability or desire to communicate effectively with one another.  However, communication between parents cannot end entirely when they have children.  Unfortunately, when hearing and listening to one another was the problem in the first place, it typically gets harder, not easier, for the couples to converse under the stress of a divorce or custody case.  Things can turn ugly quickly when soon-to-be exes are still living together during the legal process of separating.

Problems When Living Together During Separation

Husband and Wife have been married for 10 years, have 2 children, and decide to reside in their shared home while they amicably separate.  Both have lawyers, nevertheless, as most of us would be wont to do, they discuss directly the particulars of separating their assets and dividing debt including what they want from the marriage and each other.

One night after dinner, the Wife tells her Husband that she expects three times as much spousal maintenance (alimony) as her Husband is willing to pay.  An argument ensues, tempers flare, and Husband, out of frustration, throws his coffee mug against the wall smashing it.  Startled, Wife calls 911 and reports a domestic incident.  The police arrive and interview both spouses.  Neither spouse has any criminal history or past experience with police officers, and both give an honest account of what transpired from their perspective.  One of the officers observes fragments of the shattered coffee mug on the floor, and Husband is arrested and charged with misdemeanor criminal mischief as a domestic violence offense.

Now, in addition to being in court for a divorce, Husband has a pending criminal case.  Wife tells the district attorney that she wants the charge against Husband dropped, and is politely informed that she unfortunately does not get to decide whether or not Husband’s case is dismissed (it is a very common misconception of the general public that victims of crimes get to decide whether or not to “press charges”).  In this particular hypothetical the district attorney determines that Husband’s statement to the police and broken coffee mug are enough evidence to prosecute even without Wife’s cooperation.

All of this could have been avoided if Wife and Husband had actually separated when they decided to separate.  It’s natural for married persons to believe that they,  more than anyone else, know their spouse and how to navigate disputes with them.  Keep in mind however that what you knew about your spouse while married does not necessarily apply in the midst of a divorce when tensions are running high and each of you are vying for different things in a high stakes legal proceeding.  The bottom line is this:  if you don’t want life to be more difficult than it already is, it’s almost always best not to live with your soon-to-be-ex during the divorce process.

Communicating With Your Co-Parent During And After Separation

In Colorado domestic courts, the expectation is that parents of common children communicate civilly with each other in the presence of their children, never disparage the other parent to the children, and refrain from discussing their court case in the presence of their children.  This makes complete sense but it is often easier said than done.  The reality is that most children are intelligent and inquisitive, and it can feel very awkward and forced to address what it is an obvious change in their day-to-day lives without running afoul of the rules above.  Nevertheless, judges’ expectations are that parents make every effort to avoid exposing their children to intra-parental acrimony, both during and after the divorce and separation.

Technology exists to promote healthy, productive communication in high-conflict custody situations.  Our Family Wizard and Talking Parents are two of the most popular services utilized by courts when parents are unable to communicate about their children in a respectful healthy manner.   Frequently, parents in the situation agree and/or are ordered to only communicate about their children using one of these services.  The benefit is that parents’ messages can be monitored by the judge and are incapable of being erased.  This is usually enough to persuade both sides to be on their best behavior when conversing about their children.