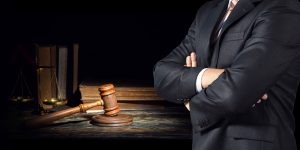 When police officers respond to a domestic violence call, they almost always arrest someone. They typically make an initial determination based on witness statements and then bring someone in: the husband, the wife, the boyfriend, the girlfriend. The officer’s initial determination is often a quick one, and in many cases, the alleged victim does not even want to press charges. However, given the current domestic violence laws, police officers almost always err on the side of making an arrest to avoid potential liability for further violence and harm that may result if someone is not removed from the home. As a result, it is not uncommon for the wrong person to be arrested, or for a suspect to be arrested when he or she has in fact not committed any crime. If you have been charged with a domestic violence criminal offense under these circumstances, you can turn to experienced Colorado Springs domestic violence lawyer Brian Boal of Boal Law Firm, PC, for help. Brian B. Boal is a former El Paso County prosecutor with the ability to protect you, your family and your future in these serious cases.

Technically, domestic violence is not a criminal charge. Rather, it is a sentence enhancer that can be added to any charge, making the penalties for that charge more severe. One example of the enhanced penalties that you will face if convicted of a domestic violence offense is the loss of your Second Amendment right to possess a firearm, which may lead to being discharged from the military or the loss of any job that requires you to carry a gun. You will also be ordered to attend up to 52 weeks of expensive domestic violence classes that you will have to pay for.

Criminal charges that are frequently labeled as domestic violence offenses include:

People in these situations are often surprised to find out how little it takes to be charged with a serious crime. For instance, someone may be charged with child abuse for simply breaking his or her own property or arguing with their significant other in their child’s presence. Furthermore, crimes like criminal mischief that would otherwise be relatively minor become much more serious with the domestic violence sentence enhancer. Anyone charged with a domestic violence offense immediately needs the knowledgeable, experienced representation of a lawyer like Brian Boal to ensure their rights are protected and preserved, and their case is defended in the best possible manner.

Brian Boal is also a Colorado Springs family law attorney who understands the reality which too often motivates these charges, that is: when your significant other makes false allegations of domestic violence in order to gain leverage against you in a divorce or custody case. You may also be served with a temporary restraining order, at which point you should move quickly to retain an attorney to protect you. Attorney Brian Boal has the background to represent you in your criminal proceedings, civil protection order proceedings, and divorce and child custody proceedings.

In other cases, the alleged victim may not even want to press charges. In most cases, the prosecutor will not simply drop charges at the victim’s request. However, attorney Brian Boal understands how and why charges can ultimately still be dismissed in this circumstance so you move on with your life.

Call at 719-602-2262 or email to discuss your domestic abuse case directly with Brian B. Boal. The law firm serves clients throughout El Paso County, and up and down the Front Range.

How Can We Help You?